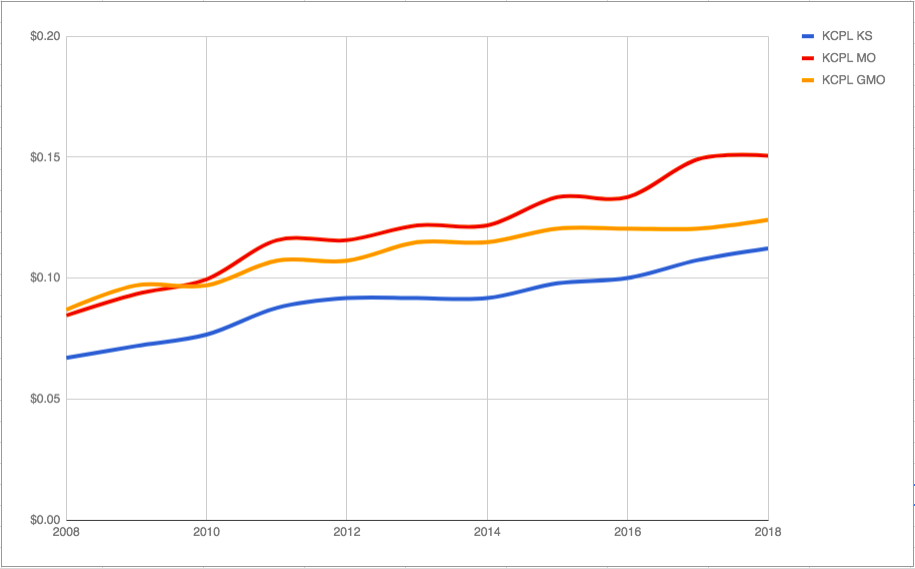 Many people ask about the rate at which Kansas City electricity prices are rising.  We took an in depth, honest look at how much energy prices had risen in Kansas City over the last 10 years.

To start, we explored the KCPL website to see the Kansas City electricity prices history.  Their website shows what percentage  electric costs have changed every year for the past 28 years.

Interestingly enough, we observed that the trend from 1990 to 2006 was to see no increase or a very slight decrease in Kansas City electricity prices during that period.  In 2007, all that started to change. 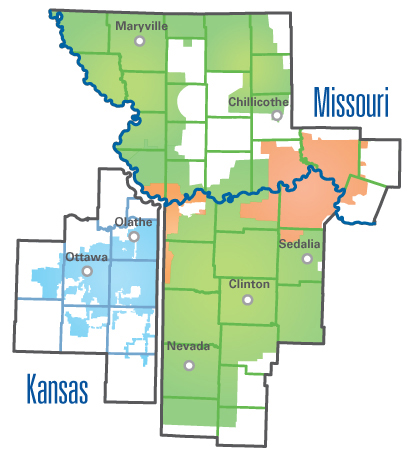 Anyway, in 2007, electricity prices began to see a major increase in all territories.  You can see the data in the chart below.  We personally contacted KCPL to get the data from 2017 and looked on their website for the pending increases for 2018.

It is interesting to note the dramatic increases that occurred in 2009 and 2015. 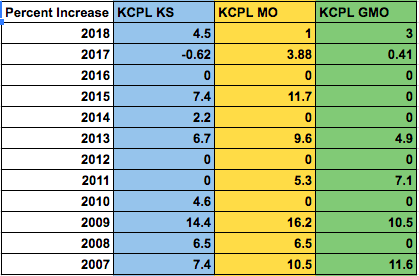 If you average the data from each of these columns you get the following averages percent increases over the years since 2007.

KCPL KS had an average increase of 4.4%.

KCPL in the city had an average increase of 5.4%.

KCPL Greater Missouri Operations had an average increase of 3.9%.

For comparison the rate of inflation in the United States from 2008-2018 stayed well below 4% most of the time.

Power companies need to increase their electric prices to help keep up with increasing demand, environmental requirements, transmission costs, and so on.

Now, if your energy company were to come to you and say, “Sign this contract, and we will never increase your electric prices for the next 20 years, no questions asked,” you’d sign it, wouldn’t you?  Of course!  But that is exactly what we at A-Line Energy Solutions offer.  By switching to solar power, you can lock in to a fixed electrical cost while everyone else’s goes up.

It’s a lot like buying a house vs. renting a house.  When you rent, you never get to see that money again.  Also the cost of rent rises every year.  When you buy, however, you get to see the value of the home go up over time while you keep making the same payment.

Have you noticed Kansas City electricity prices rising over the years?  Do you have data from another power company or coop in the area?  Comment below with your observations!

This site uses Akismet to reduce spam. Learn how your comment data is processed.