The Best Reasons to Go Solar #4: Saving Your Life

The Best Reasons to Go Solar #4: Saving Your Life 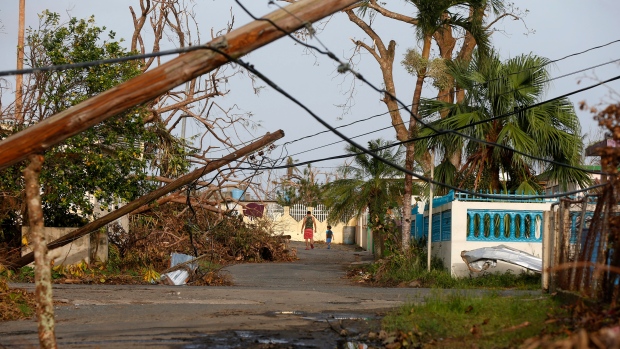 For a lot of people, solar is simply a way to save some money and be a part of cutting edge, environment saving technology.  For others, it’s all about self-sufficiency and getting off the grid.  This might sound pretty dramatic, but solar power can save your life.  How do we know?

Do you remember what happened in Puerto Rico during Hurricane Maria in the fall of 2017?  A whopping 90% of the island’s power grid was non-functional after record breaking winds rushed through.  Huge power lines were downed.  Over 1,000 people lost their lives.
At the original time of this writing, 7 weeks after the storm, the capital San Juan was still without power.  So was 60% of the island.  It was pretty extreme.  Reconstruction seemed like an impossible challenge.  Several electrical contractors stopped rebuilding damaged transmission lines due to a lack of funding.  It’s going to take a long time (3-6 months) to rebuild their grid, and companies from the mainland U.S. are helping them do it with solar power.

We’ve all experienced a major power outage at some point or another.  Perhaps it was through a fire, a flood, an ice storm, a tornado, or some other major event.  Here are some stories from the U.S.  In 2017 alone:
Some speculate that a cyberattack, an EMP, an earthquake, or another major events could knock out our grid for a prolonged period.  Most people with solar panels are expecting some type of backup power, at least when the sun is out.  They think grid-tied solar power can save your life.
But when it comes to solar power, lots of solar companies won’t tell the whole story.

The Truth About Solar Power

Lots of solar users aren’t aware that if you decide to get an ordinary power grid tied inverter system, your solar panels will not work in a power outage.  They actually rely on regular AC power to turn on.  If we have any sort of prolonged emergency situation, most people with solar panels will still be left in the dark.
If you want to have all your bases covered, you need a system that includes a hybrid inverter.  This inverter has special capabilities.  It has anti-islanding protection.  This basically means that it can shut off your solar system’s output to the grid.  This protects any electrician working on restoring power from accidentally getting shocked by your system.  It also has battery backup, which means you can run the critical circuits in your household from your battery at night.  You can also run all your circuits at when the sun is out.  We recently installed a system that also incorporates a customer’s generator, which can be used to charge the batteries if they get too low.  Hybrid solar the most reliable way to have any type of sustainable backup power for your house.

Situations Where Solar Power Could Save Your Life

I’ll admit this article is a bit dramatic, but there truly are some situations around the world where solar has saved people’s lives:

An engineer in Nigeria rigged up a simple solar solution to provide reliable lighting for surgery and delivery rooms in hopsitals.

A refugee in Myanmar relied on a solar panel to charge his phone to receive important communication so his family could safely escape persecution.

Solar panels replacing kerosine light and heat helped save the life of a man who came close to dying from kerosene fumes.

Hybrid solar power can save your life.  A hybrid inverter with backup batteries can keep your refrigerator running.  It can keep well pumps moving.  It can keep security systems on.  Also, It can keep your devices connected to receive important communication. Hybrid solar a little extra investment, but if it can do all these things and more…
It’s worth it, right?
I sure think so.
So don’t be left in the dark.  Solar power can save your life in emergency situations.  Contact us at A-Line Energy Solutions to find out how affordable this life-saving investment can be for you.

This site uses Akismet to reduce spam. Learn how your comment data is processed.